The blind spot of the Keynesians

When Keynes, inspired by the Great Depression of the 1930s, developed his theory, it was perhaps forgivable that he completely ignored money creation by banks. Today, however, ignoring the role of banks leads to blatant misconceptions.

Paul Krugman is a Nobel laureate and very influential economics columnist for the New York Times. When he writes about monetary policy, his readers expect him to understand what he is talking about. Unfortunately, his column of 21 May suggests that this may not be the case (https://www.nytimes.com/2021/05/21/opinion/money-federal-reserve-deficit.html). One wonders how many other high-profile economists of the Keynesian school, which currently dominates thinking in universities and central banks, also do not know what they are talking about.

Mr. Krugman, in his column, dismisses the criticism that the Fed is printing money to finance the federal government's budget deficit. He reasons, “At a fundamental level, households are financing the deficit: the funds being borrowed by the government are coming out of the huge savings undertaken by families saving much of their income in an environment where much of their usual consumption hasn’t felt safe.”

He admits that US households cannot hand over their savings directly to the government but have to go through the banks: “Families are stashing their savings in banks. Banks, in turn, have been accumulating reserves — that is, lending to the Fed, which these days pays interest on bank reserves. And the Fed has been buying government bonds.” If one of my students had presented these sentences in a seminar paper, I would have taken him aside and suggested that we recapitulate what is really going on here.

Let us assume that the government now exchanges a new bond issue for bank money with the seller of the first bond and transfers this bank money to private households. Now personal disposable income rises. Thanks to the transfer, this can happen even when the gross national product falls. For example, between the fourth quarter of 2019 and the second quarter of 2020, nominal gross national product fell by $2.4 trillion, while personal disposable income rose by $1.7 trillion. 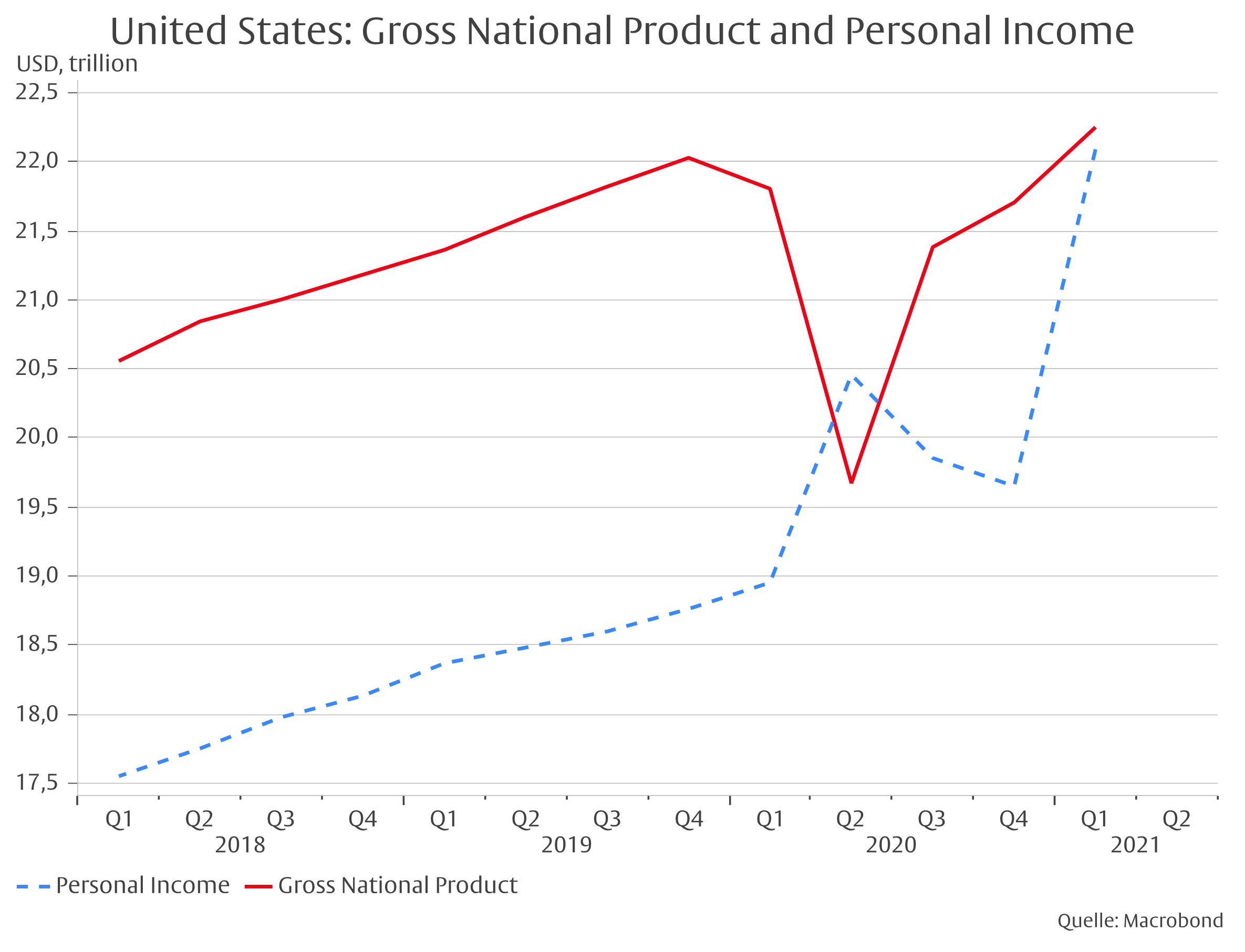 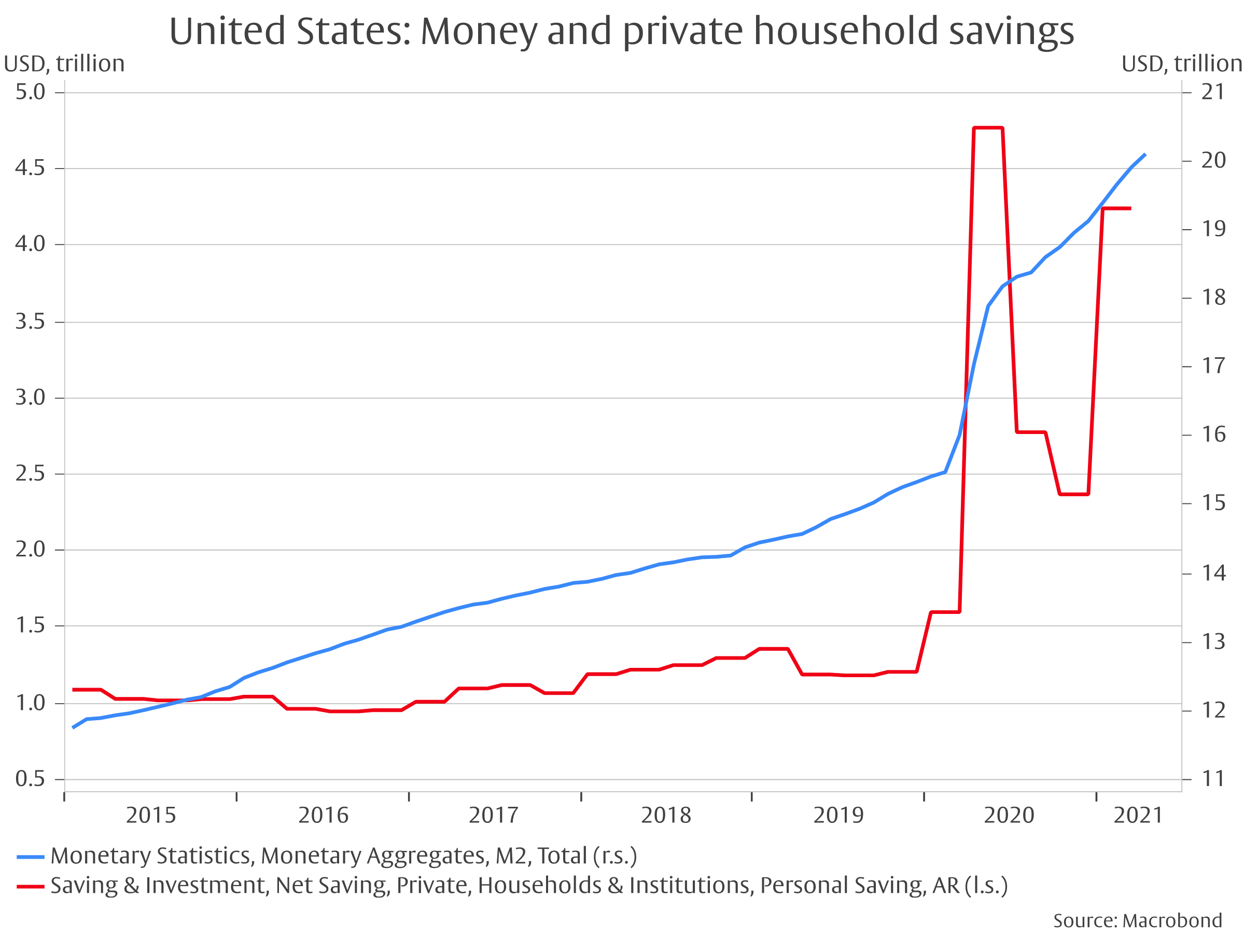 Mr. Krugman, on the other hand, concludes in his column: “The Fed isn’t the Venezuelan government printing bolívars to pay its soldiers; it’s basically acting as a financial intermediary for investors who want to park their money somewhere safe. And while there are plenty of reasons to worry about what’s going on in the U.S. economy, Fed purchases of bonds and rising M2 aren’t on the list. Chill out.”

He is right that the Fed is not the Venezuelan government, but it prints dollars for the US government. You don't have to be a monetarist to expect nominal GDP to rise as households reduce their cash savings when the pandemic subsides. This will boost output and employment. But given the scale of money creation, it would be very surprising if prices did not rise as well.

Mr. Krugman is not alone in his misjudgment about the effects of monetary policy. On 23 February, Federal Reserve Chairman Jerome Powell told a Congressional hearing: “Well, when you and I studied economics a million years ago, that M2 and monetary aggregates generally seem to have a relationship to economic growth. Right now, I would say the growth of M2, which is quite substantial, doesn’t really have important implications for the economic outlook. M2 was removed some years ago from the standard list of leading indicators, and just that classic relationship between monetary aggregates and economic growth in the size of the economy, it just no longer holds. We’ve had big growth of monetary aggregates at various times without inflation, so something we have to unlearn, I guess.”

Why can leading economists and central bankers come to such conclusions? The answer is that Keynesian theory completely ignores the money creation by banks. When Keynes, inspired by the Great Depression of the 1930s, developed his theory, this was perhaps forgivable. Today, however, ignoring the role of banks leads to blatant misconceptions.