Communication and actions between 12th and 18th March this year impressively confirmed the role of the ECB as a lender of last resort not only for the banks but also for the states of the euro area. This opens the door for a debasement of the purchasing power of the euro.

On 12 March 2020, ECB president Christine Lagarde announced the bank’s monetary policy measures in reaction to the recent Corona pandemic and the associated turbulences in financial markets. In her introductory remarks, she announced additional long-term refinancing operation (LTRO), more favorable terms for the targeted long-term refinancing operations (T-LTRO), and further net asset purchases of 120 billion Euro until the end of 2020. She also made the case for an “ambitious and coordinated fiscal stance”, calling national governments to action in dealing with the economic consequences of the coronavirus outbreak. Financial markets were disappointed. In particular, market participants were disturbed by Ms. Lagarde's statement that the ECB was not responsible for containing differentials between government bond yields. As a result, spreads between both short and longer-dated Italian and German government bonds shot up and the Italian stock index FTSE MB Italia recorded the sharpest daily decline in its history (see graphs below). 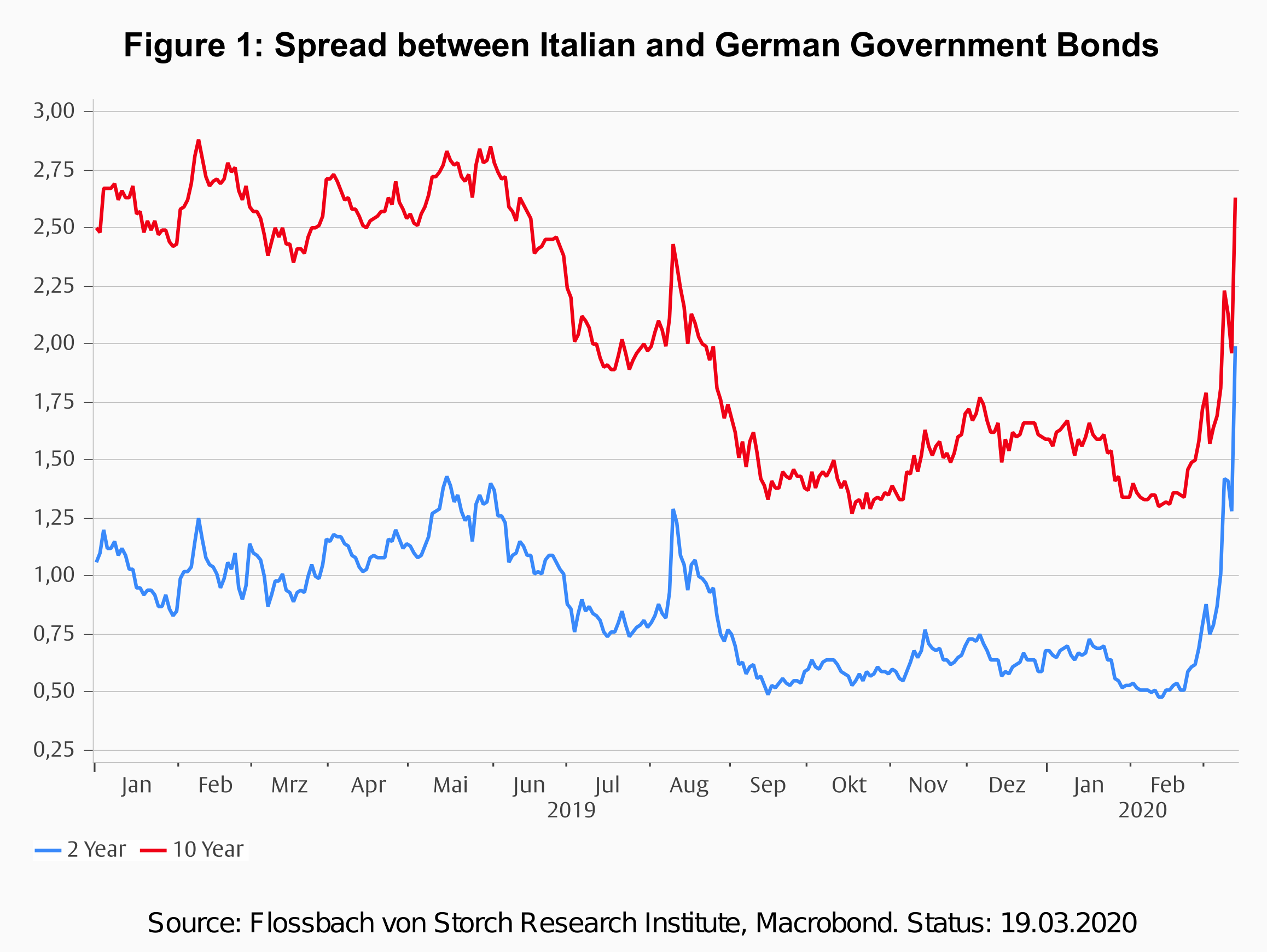 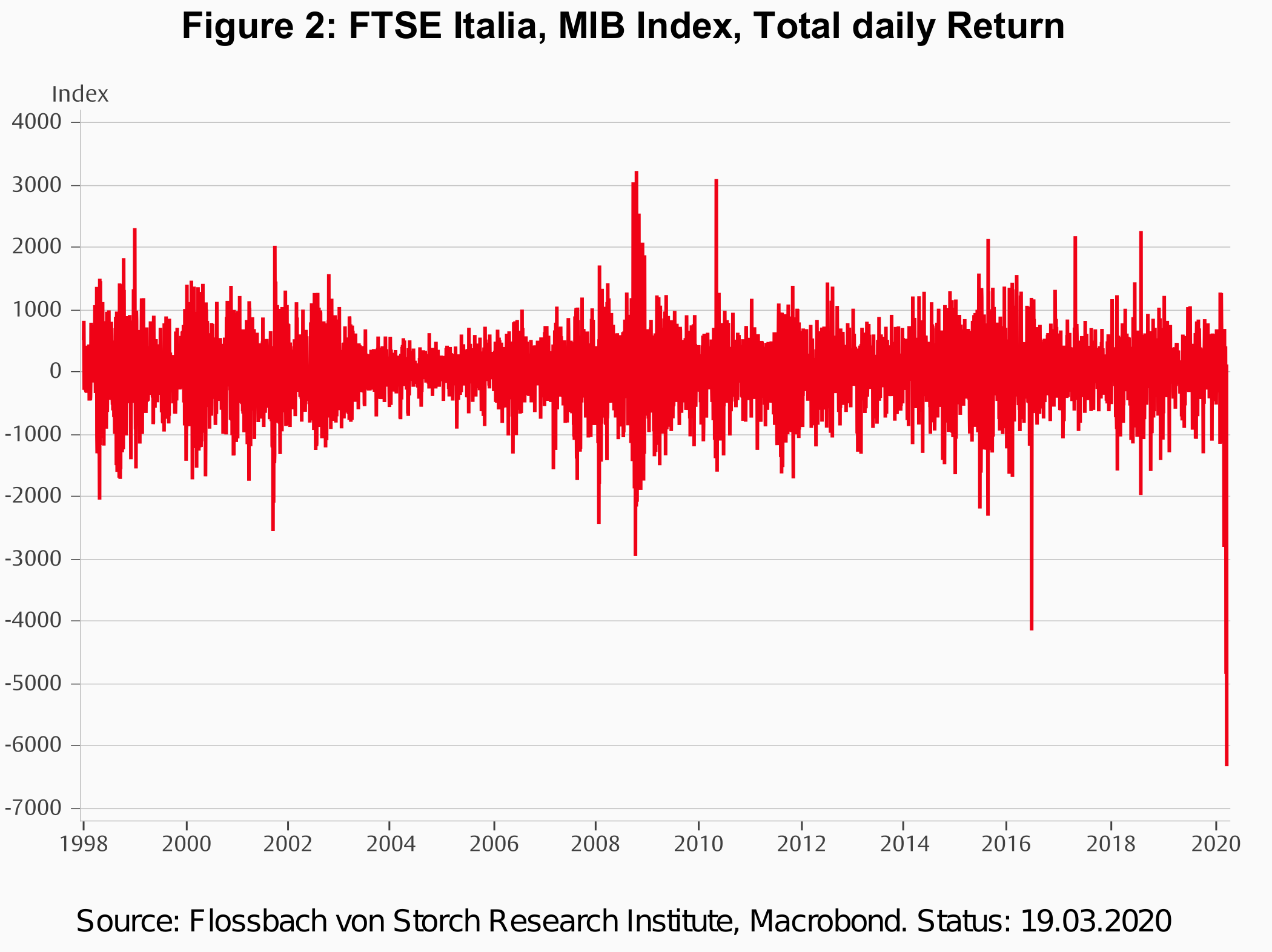 The situation in Italy, specifically the state of its government finances, were not a topic in Ms. Lagarde’s introductory remarks at the press conference. The figure below shows a word cloud, in which the size of each word represents the relative frequency in which it appeared in the speech: the bigger the word the more often Ms. Lagarde used it. The most frequently used words were “growth” (17 times), “inflation” (15 times) and “coronavirus” (15 times). There is no mention of Italy and the word “spread” appeared 10 times, but always with regard to the “spread of the coronavirus”. 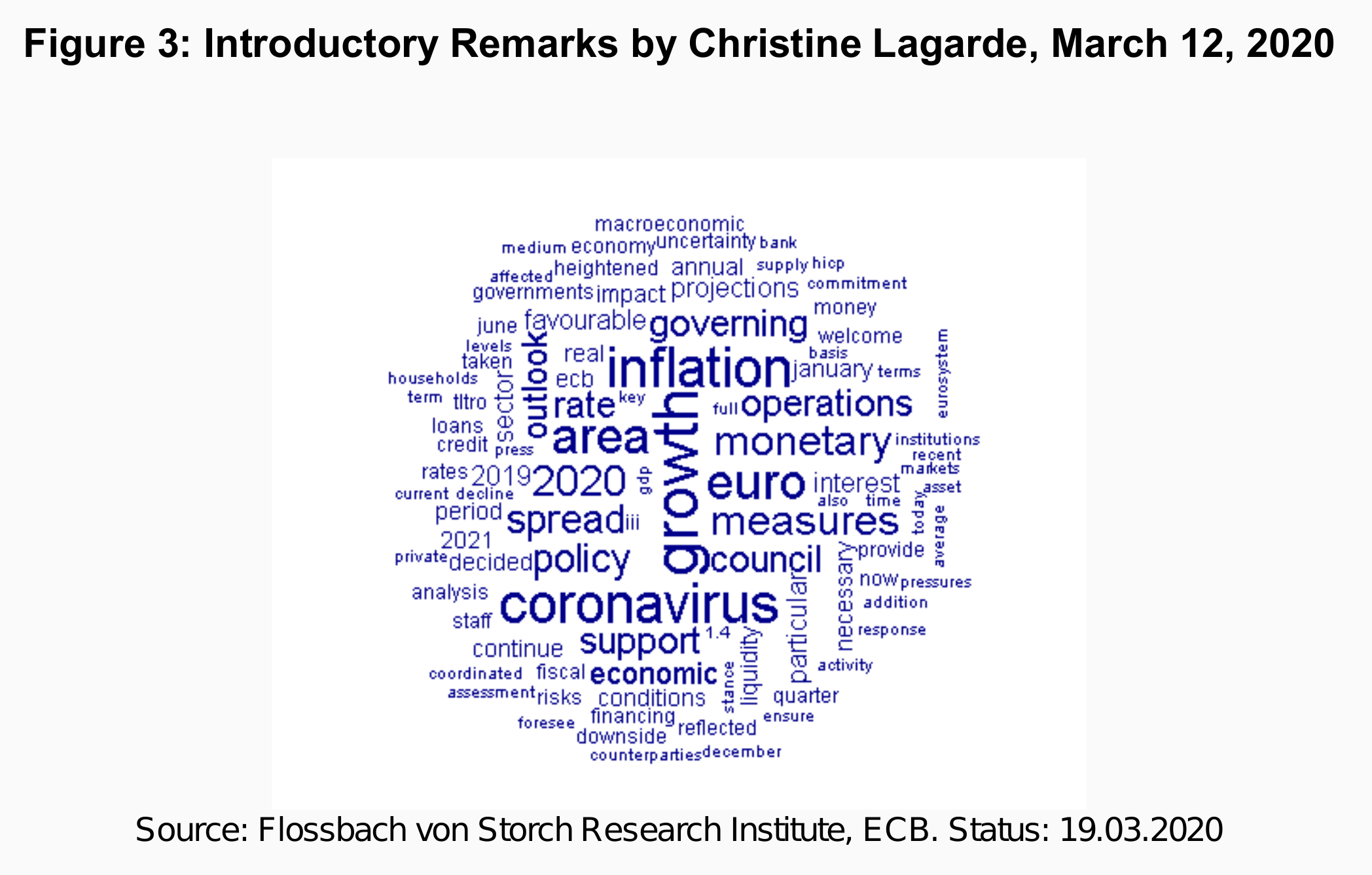 The Q&A session showed, however, that the Italian situation was a matter of great concern for the journalists. In the following graphs the frequency of the words used is shown in the same way as before. The left graph shows the word cloud for the questions asked by the journalists and the right graph the answers by Ms. Lagarde. The word used most often was “ECB” (8 times), followed by “APP” and “banks” (6 times). The word “Italy” was used 5 times and the word “spread” was used 3 times to refer to the government bond spreads and just 1 time to refer to the coronavirus. Given that the time for questions is very limited and the questions must therefore be short, the repeated mention of these words is significant. In contrast, in the longer answers by Ms. Lagarde, “Italy” was mentioned three times, all in one sentence, and “spread” was mentioned once with regard to the government bonds. In answering a direct question on the increase in the spread of Italian to German government bonds she answered that the ECB “is not here to close spreads”.

The journalists were visibly disappointed by the answers. They had voiced clear concerns that had not been addressed by Ms. Lagarde. More importantly, the communication by the ECB President was fueling instead of calming the financial market tensions. Subsequently, Ms. Lagarde apologized for her comment and the ECB issued a statement suggesting that it stands ready to ease market pressure. One week later, on 18 March, the ECB launched another, very big asset purchase program (Pandemic Emergency Purchase Programme).

The events between 12 and 18 March highlighted the ECB’s role as the lender of last resort not only to banks but also to Euro area governments. The ECB is of course not alone in performing such a role. Other central banks, such as the US Federal Reserve, the Bank of Japan or the Bank of England, do the same. However, the difference is that these banks perform the role of lender of last resort to one state while the ECB does this for 19 states. As each state can gain by forcing the ECB to lend to it but all bear the costs in the form of higher inflation due to excessive money creation, the door is open to a debasement of the Euro in the times of the corona crisis.